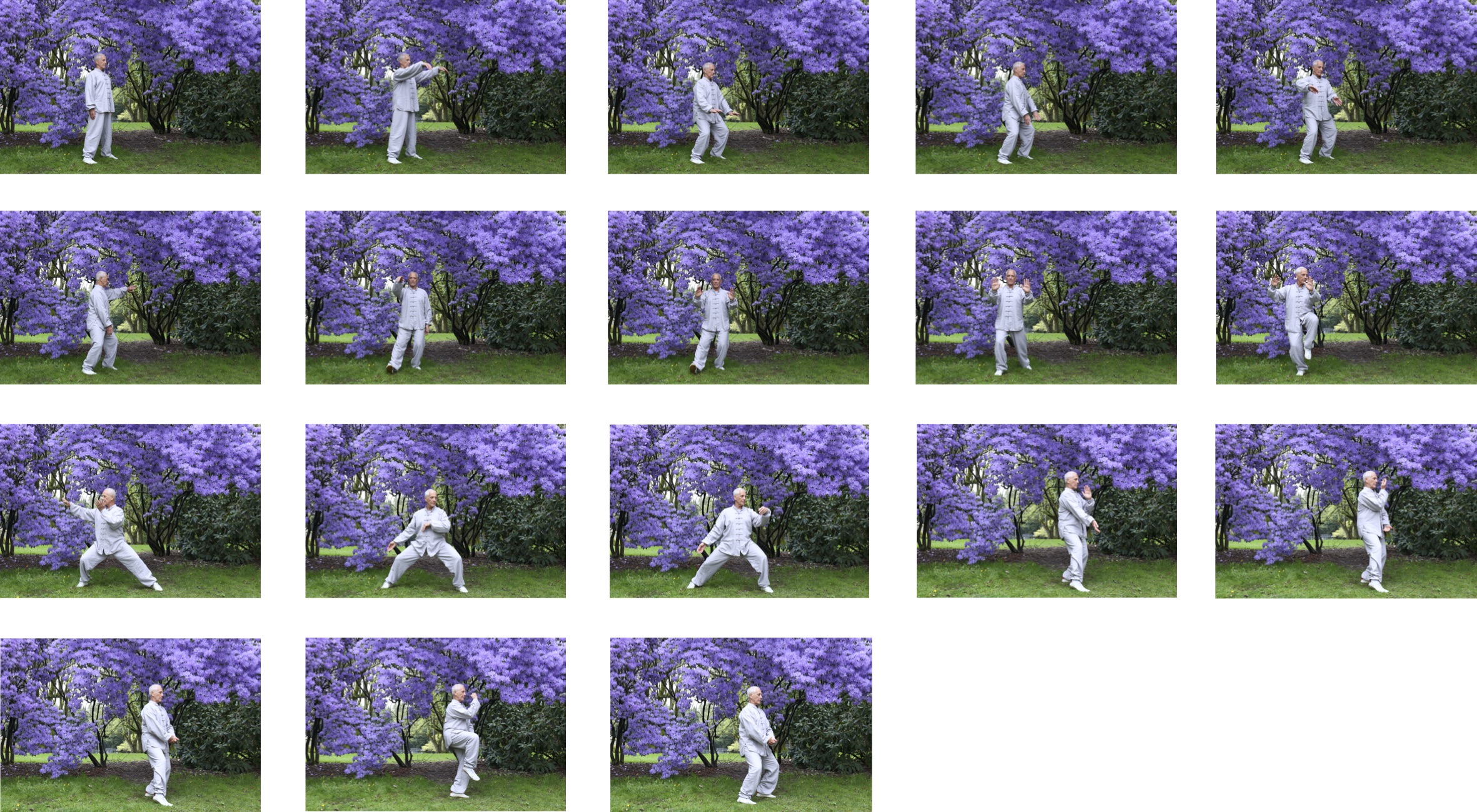 Our courses are designed so that you learn smoothly and efficiently, with perfectly clear audio, video, and text presentations, and a super easy to follow step by step learning format.

Each of your lessons includes:

"Taichi elevates the human spirit beyond anything you can imagine.

The self discipline, self confidence, and self control you gain from our TAICHI BASICS course will benefit you in an infinite number of ways your whole lifetime.

This course positively transforms your health and well being from the very first lesson."

The purpose of TAICHI BASICS is to make your body strong and healthy, to establish a solid foundation with the taichi basic exercises, and to prepare you for your next step which is learning the taichi solo form.
BUY TAICHI BASICS NOW 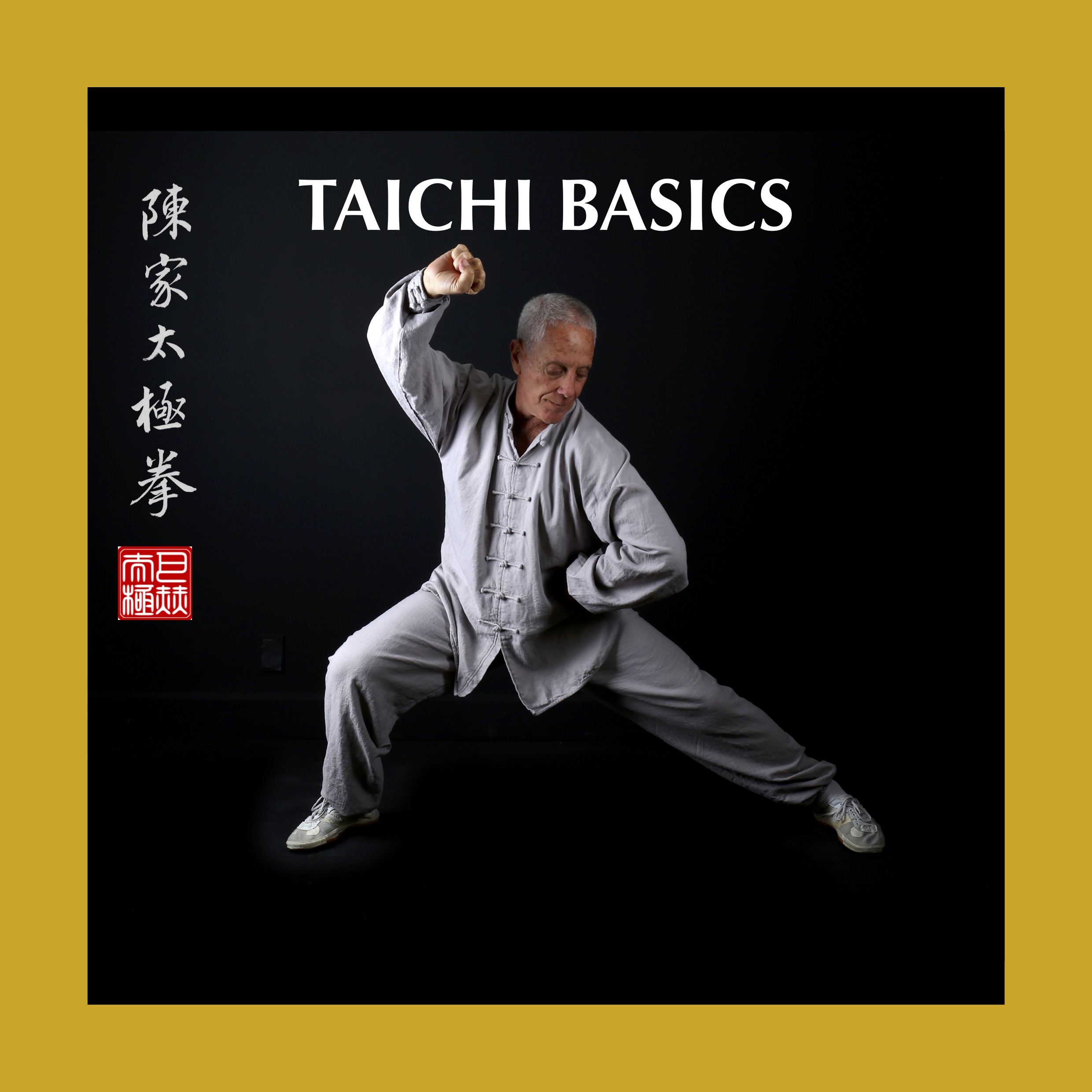 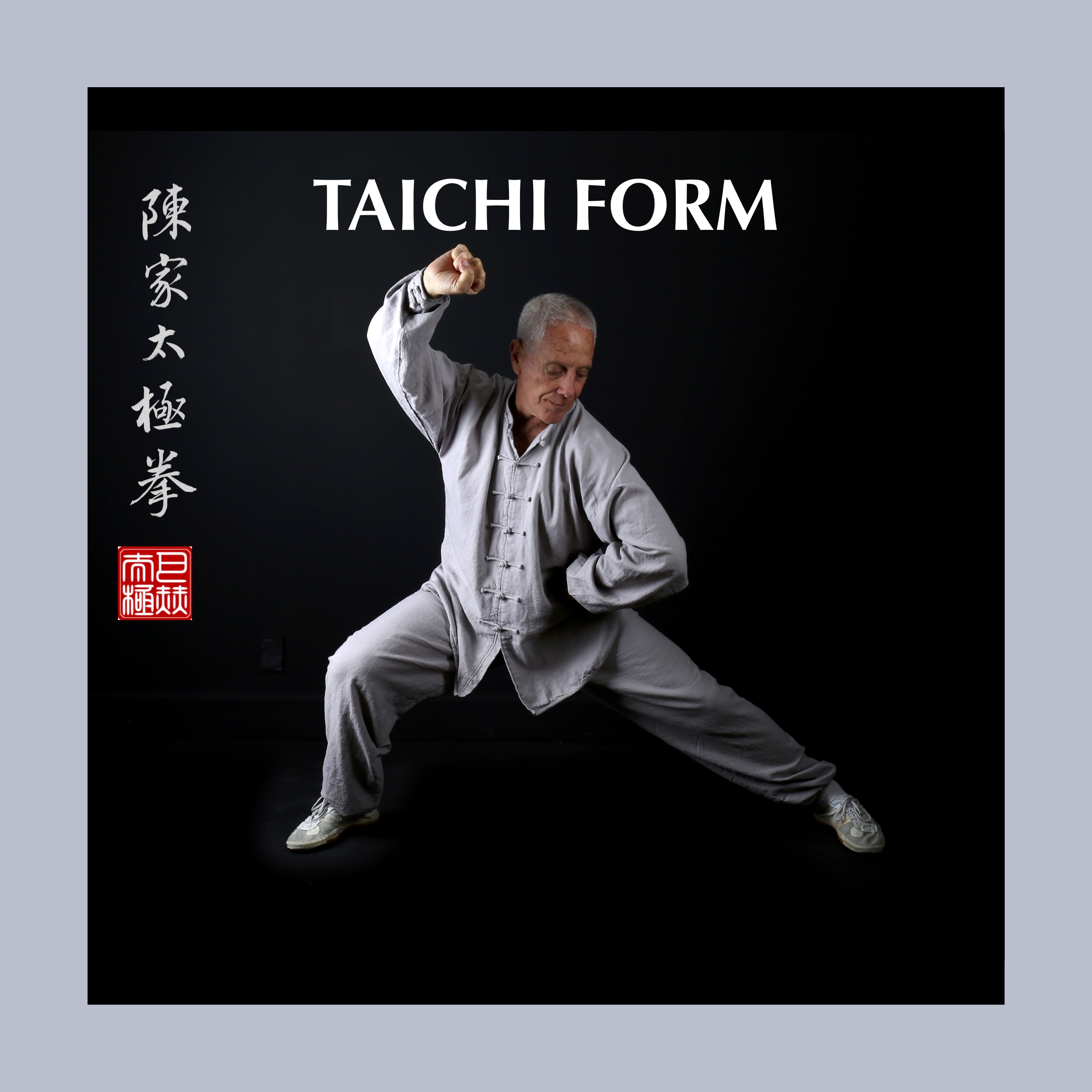 WUJI STANDING METHOD can be traced back to ancient times as a form of core training for martial arts. This simple standing practice unleashes the power of your mind to heal chronic pain and illness, dramatically improve your health & energy levels, reverse the effects of aging, and cultivate inner calm & stillness.
BUY WUJI STANDING METHOD NOW 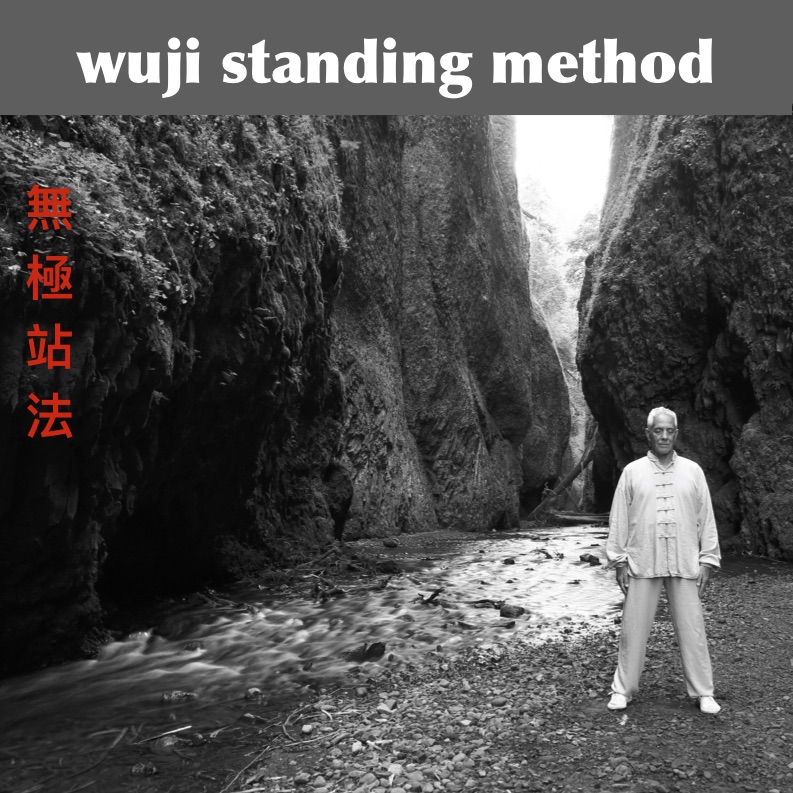 1. The Hip Rotation is the most important of the Daily Dozen Loosening Up series. Taking 2 minutes a day to perform this one simple exercise will keep your hip joints freely moveable, which will have a major effect on the health and strength of your lower back and knees. It will also prevent you from one day needing a hip replacement surgery, as it keeps the hip joint space free and open.

2. The Lower Body Silk Reeling forms the foundation for all taichi movements. It teaches you how to coordinate your lower body and makes it very powerful and flexible. From that you will be able to add the upper body movements much more easily. When you understand and can perform the Lower body Silk Reeling it will help immensely when you start learning the solo form.

3. How to Stretch Your Back is taichi's method to gain and maintain youthful flexibility of your entire spine, and also realigns spinal vertebrae that may be slightly out of position, causing back pain from nerve impingement. The BEST EXERCISE for your back!

"Dr. Bacher has a profound knowledge of taichi and health. His clear detailed teaching, dedication to the art, and healthy lifestyle get students really enthusiastic to learn taichi."

"Dr Bacher has knowledge and skill rarely seen outside of China. He is the most passionate and dedicated practitioner and teacher of taichi I have ever met."

"No one outside of China has the experience and knowledge like Dr. Bacher. His mastery of the art in practice and teaching is the result of many years of extensive study and daily practice."

"The taichi skills I learned from Dr. Bacher have helped tremendously with mind to body muscle connection, intensity, focus, and competitions."

"I had chronic back pain for many years. Dr. Bacher helped me tremendously with correcting improper structural alignments that I thought were normal. I am eternally grateful to him." 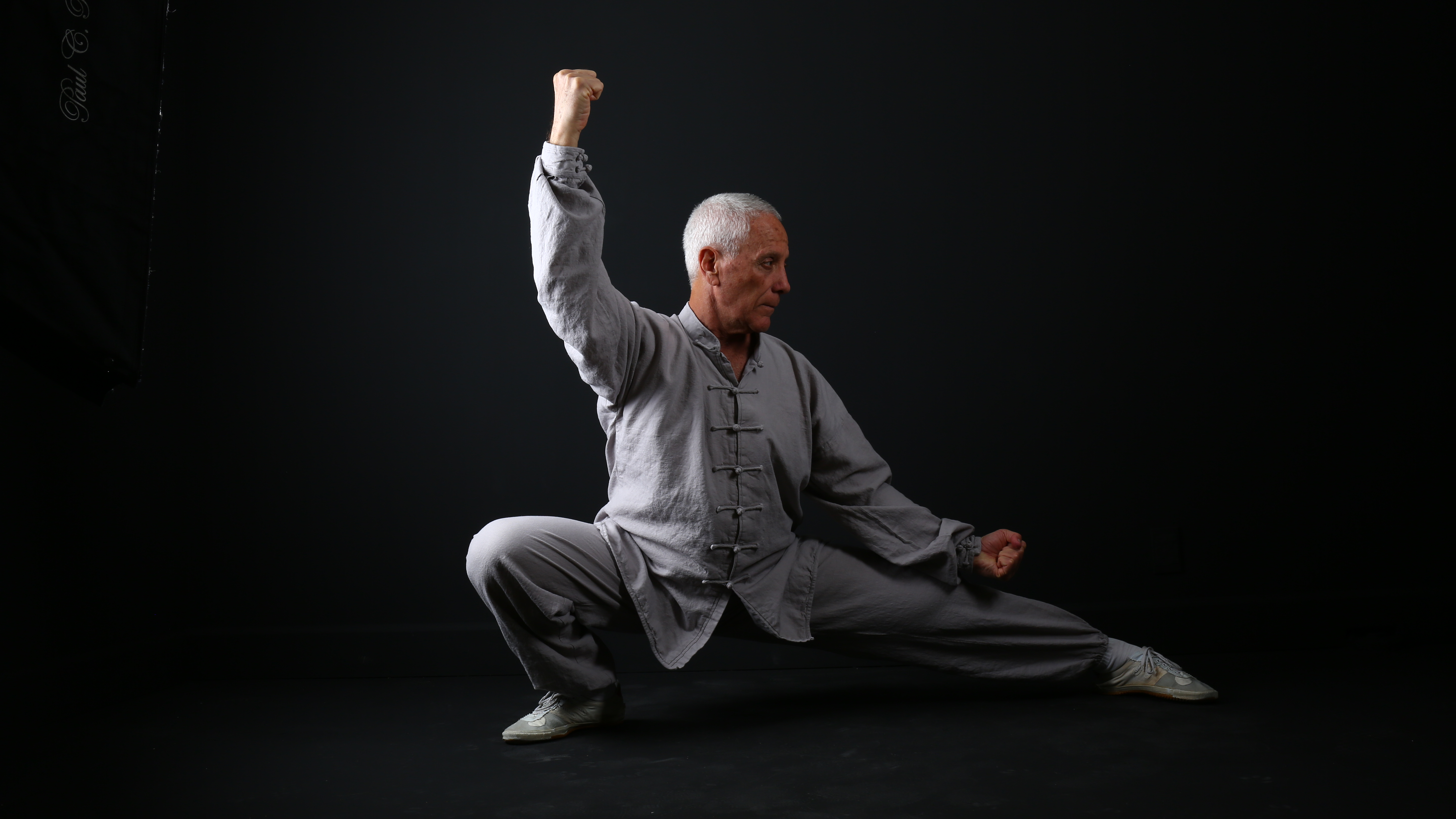 Dr. Bacher has been practicing martial arts, meditation, and natural healing methods daily since 1969. This includes 25 years of karate and yoga. 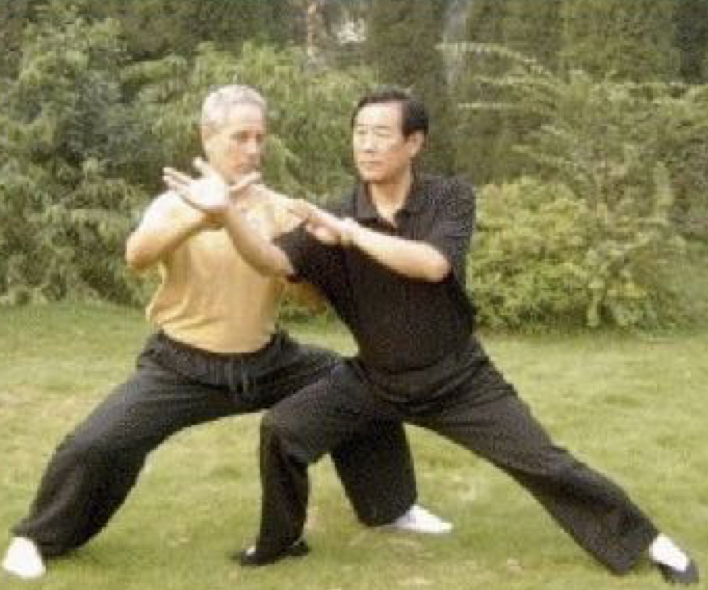 After years of rigorous daily training (up to 8 hours per day), Grandmaster Wang authorized Dr. Bacher to teach, with express instructions to share his Chen style taichi system in the west.

Dr. Bacher is a retired Doctor of Chiropractic, with more than 30 years clinical experience.  He specialized in natural self healing methods, utilizing taichi, meditation, and plant based nutrition to help his patients and students heal their chronic sickness and pain. His results were so significant that he retired as a doctor and now he teaches taichi full time.

Dr. Bacher teaches internationally, offering workshops and retreats in the original Chen style taichi. He combines his taichi skills and knowledge with his clinical experience to offer a unique teaching method that focuses on cultivating vibrant health, self healing, and self defense.

You can contact Dr. Bacher for information on his teaching schedule and Costa Rica training program via email at:  discoverchentaichi@icloud.com.